Domestic steel demand saw a healthy increase of 8.5% yoy in the first two months of FY19. Steel production during the same period rose by 6.1% yoy. The sharp increase in steel demand led to a 28.8% yoy decrease in exports and a 14.8% yoy increase in imports. The strong uptick in demand was due to the rise in infrastructure spending as well as strong automobile sales.

Strong local demand also aided domestic steel prices. Long and flat steel prices both rose by 7% and 3.4% respectively in the April-May 2018 period. International iron ore prices rose by 2.6% in the same period, while international coking coal prices remained flat. As a result, HRC steel spreads rose by ~Rs1,500 per tonne to ~Rs30,300 per tonne. Given substantial offtake and steel prices so far in Q1FY19, we are likely to see strong financial performance from both integrated and non-integrated producers in the current quarter. However, these spreads would soften with the onset of the monsoon, as Q2FY19 has historically been a weaker quarter (on a sequential basis). However, a weak rupee could weaken spreads due to rise in cost of import costs.
China steel industry
The steel production in China increased sharply as Chinese producers took advantage of strong steel spreads. Chinese mill spreads stood at ~$160 per tonne, due to strong demand (against an average of $45 per tonne). Crude steel production rose by 4.8% and 8.9% in April and May respectively, as inventory levels fell by 32.2% over the same period to 2mn tonnes (from 2.96mn tonnes at the beginning of April 2018).

The Chinese industry has also continued its move towards reducing capacity. Numerous Chinese government agencies and industrial bodies have stated that they are aiming to decrease the capacity in order to reduce pollution as well as improve utilization levels and profitability. The President of the Chinese Iron and Steel Association (CISA) stated that the total capacity of China would be lowered by 1bn tonnes by 2025. In CY18, the country aims to close 30mn tonnes of capacity. The president of CISA also stated that China would aim to keep capacity under control aiming for utilization levels at 80%+, from ~73% at present.

IBC & NCLT – speeding up consolidation and improving competitiveness
The IBC cases brought to the NCLT has helped in rehabilitation of stressed assets for banks as well as consolidating the steel industry. Through their acquisitions, steel companies like JSW Steel and Tata Steel would be able to expand production as well as improve operational efficiencies. Though the NCLT resolutions have not benefitted the shareholders of the target companies (due to equity dilutions of as much as 98% in some cases), this consolidation would help in making the Indian steel industry internationally competitive through scale benefits.

Top Picks in the sector:
JSW Steel: The company is likely to see improvement in steel spreads backed by various measures to increase down-stream capacity as well as cost saving initiatives. The stock is currently trading at 6.2x FY20E EV/EBITDA.
Jindal Steel and Power: The company has recently finished capacity expansion at Angul and is targeting ~85% utilization in FY19E. The management is also aiming to reduce debt, making the stock a potential re-rating candidate. The stock is currently cheap at 4.7x FY20E EV/EBITDA.
Tata Steel: The stock has recently been under pressure after the JV with ThyssenKrupp had been delayed. However, positive resolution on this matter would see investor sentiment improving. Domestic business remains extremely strong with EBITDA/tonne expected to expand by ~Rs2,400 over FY17-20E. The stock is currently cheap at 4.2x FY20E EV/EBITDA. 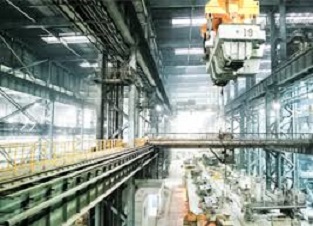 Operating profits of steel sector to improve in FY19